Co-Writing – I Should Coco? 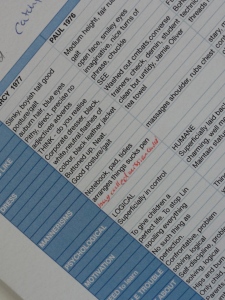 Recently I was flattered to be asked to co-write an interesting project. Besides my knee jerk, ‘You must be joking, I haven’t got time to do my own stuff,’ it set me thinking about the times I’ve attempted to co-write; when it’s worked and when it hasn’t. In no particularly order, and with no attempt at laying down the law, these are three elements I think you need to make co-writing work.

By this I mean, similar value system. You can be from entirely different backgrounds, gender, age, sexual orientation, education and so on, but if one of you has a deep belief in white supremacy and conspicuous materialism and the other believes in the value of drug culture and chemically induced spirituality you may waste a lot of writing time disagreeing.

If you’re calling it co-writing and not ghosting, I think you need to be at the same writing level in terms of craft. You can have different strengths but if you’re a pro writer used to turning out a rough draft at 12 pages a day and you co-write with someone who is on their first ever script, again you’re likely to waste a lot of time. My best co-writing experience was with someone where the necessary “to and fro” was seamless to the point where we passed the step outline back and forth, one of us did the draft, the other one did the polish and I don’t remember who did which bit. As said, it was seamless. 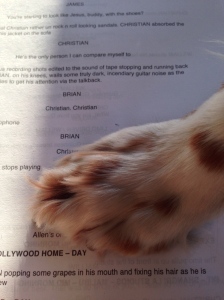 This crosses over slightly into similar skill levels and similar sensibility. If you are working up a project you need to know whether it’s a calling card script, or you’re aiming at a competition, a particular broadcaster, a slot you’ve spotted, or you reckon this is your one good idea that you think will make a million.   In other words, besides knowing what the piece is about – its theme – you need to have a shared goal in terms of its audience and your expectations.

That’s my view. I’d be very interested in contradictions.

Writer, script editor
View all posts by merlenygate →
This entry was posted in Writing. Bookmark the permalink.